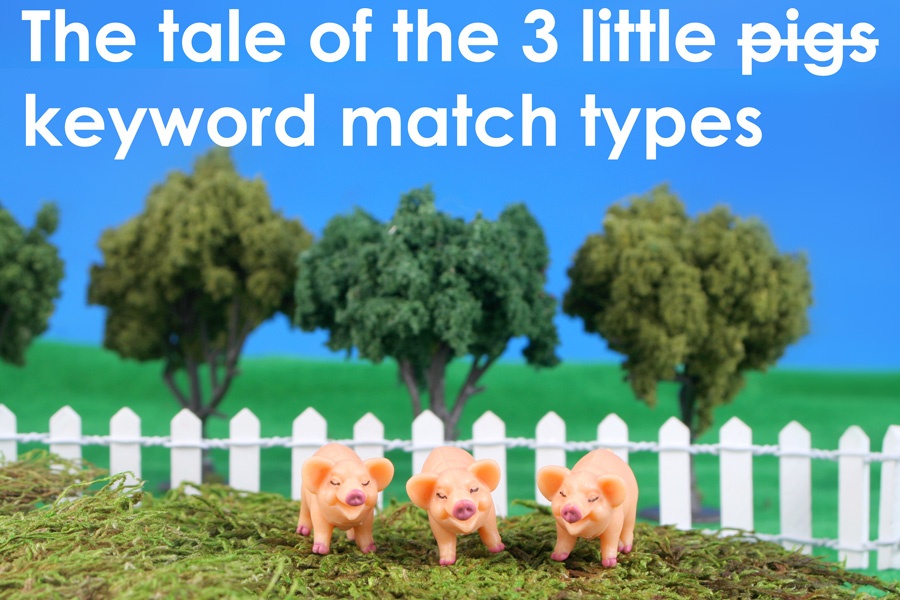 Three little Keywords went to internet market one day with their delicious chocolate fudge. The first was named Broad Match Keyword. The second was Phrase Match Keyword. The last was Exact Match Keyword. Who succeeded in getting the most Google impressions, click-through on their ads and the best ROI?

Broad Match Keyword decided the best way to increase sales was to attract as many buyers as possible, so Broad Match asked Google to show her ad to people who typed in chocolate fudge.’ Google smiled as it showed people a list of delicious chocolate fudge recipes. Broad Match’s ad didn’t show up in Google’s results at all. Broad Match went home without selling a single piece of her creamy fudge. She hadn’t paid Google any advertising dollars, AND she hadn’t received any exposure.

Phrase Match didn’t do any better on that market day. Google assumed everyone was looking for fudge recipes as well. So even though there were quote marks’ around “Chocolate fudge it didn’t help. Even though the ad only appeared on Google pages 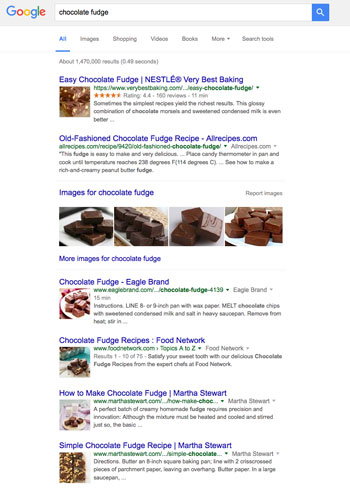 if those two words were used in order, the results weren’t very effective. Google didn’t show her ad, because Google had assumed rewarding its loyal users with chocolate fudge recipes would make them happiest.

Exact Match shared her frustration with her sisters on the way home. “What could we be doing wrong? I didn’t sell any fudge today. I wonder if Google AdWords is a waste of my time.

The three sisters decided they needed to better understand Google AdWords before next week’s market day. They found Google’s explanation of how keywords worked a bit confusing! However, they did pick up some tips from a few websites.

Next market day, Broad Match had modified her AdWords strategy. Now her search looked like this: Chocolate fudge -recipe. She had learned that mighty minus sign would tell Google she wanted her ad to appear only for ready-to-eat chocolate fudge.

Click-through to her website went up. However, she still had a problem. Sometimes Google showed her ad to people who were interested in chocolate, yet had no interest in fudge. When they clicked to her website, they didn’t follow through with a purchase. In fact, they bounced away when they discovered she only sold chocolate fudge.

She also discovered that people who were searching for candy were coming to her website through her PPC ad. The only type of candy she sold was fudge. Costs starting going up without sales to compensate for the advertising expense.

On the same market day, Phrase Match decided to choose a better phrase. So she chose “chocolate fudge for sale. She saw a significant increase in the number of Google impressions, clicks and purchases. 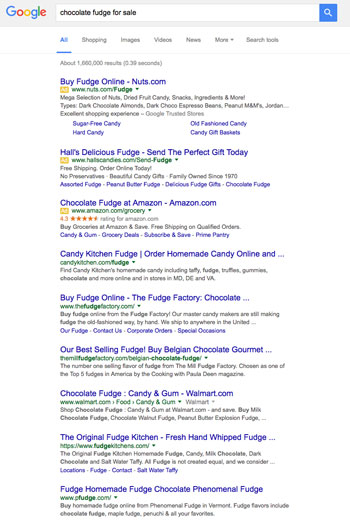 “This is the best way to sell fudge, sisters, she said as they compared results on the way home from market.

“I don’t agree, said Exact Match. “I used the same keywords as you did, and even though I didn’t have as many impressions as you did, almost everyone who clicked on the ad, bought chocolate fudge from us. I’d say that’s a pretty good ROI.

Phrase Match laughed. “I think I did very well. So what if I had a few irrelevant clicks. I sold more fudge than you did, and my PPC rates are lower than yours. I think it’s a good thing phrase matches let people add words before and behind the keyword. With an exact match, they have to be precise. Every word must match. Phrase matches are more flexible. She patted her chest and nodded her head. “Like I am.

Broad Match decided to add another minus. She changed her keyword to Chocolate fudge -recipe -candy. The results were disappointing. Now, Google’s impressions were based on people who were looking for chocolate fudge cake, chocolate fudge sundaes and protein bars. More unwanted clicks! Fewer sales with more expensesagain.

Phrase Match decided she was happy with her results, so she left her keyword alone.

The next market day, Broad Match decided to use the plus strategy. She modified her keyword so it appeared as buy +chocolate fudge -recipes -ice cream. Her results were exactly what she had dreamed of.

Broad Match decided she could achieve similar results as her sister, Phrase Match. However, there was one weakness in her strategy. People who sought fudge chocolate’ were also AdWords’ targets, because word order didn’t matter in broad-match searches—only the presence of the plus words in the search. This left Broad Match vulnerable to off-topic positioning in ad delivery.

Only time would tell which approach was going to produce the highest ROI—bidding on exact match keywords, phrase matches or modified broad matches. However, the girls had learned some valuable lessons.

Save Money with Google AdWords - A Guide to Keyword Match Types

If you are looking for a more in depth explanation of these keyword match types watch the video below from our fellow marketers at Koozai.

Understanding the three keyword match types brought more business to the Keyword sisters. It could turn your AdWords campaigns around and help you better understand the connection between your sales and marketing efforts. If that is something your business could benefit from download our free eBook: Connecting Sales and Marketing below. 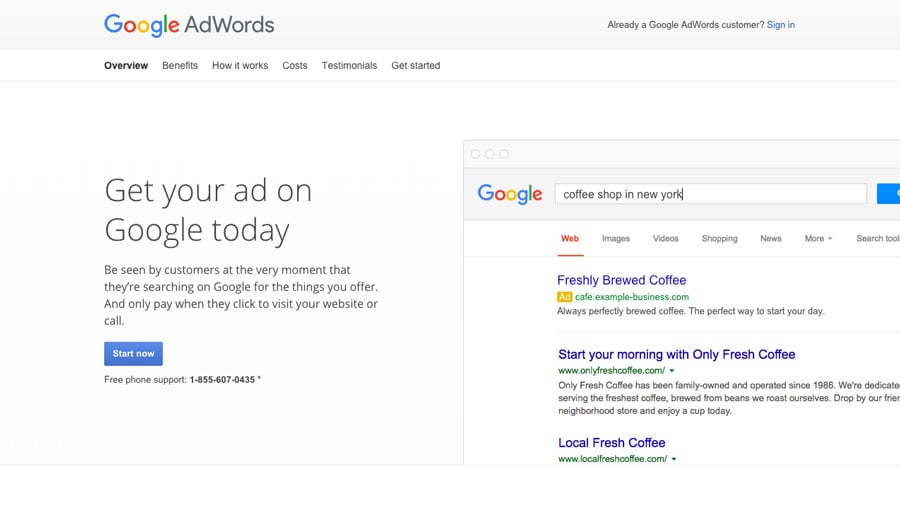 Previous Post Is AdWords Setting You Up with Bad Valentine's Dates? 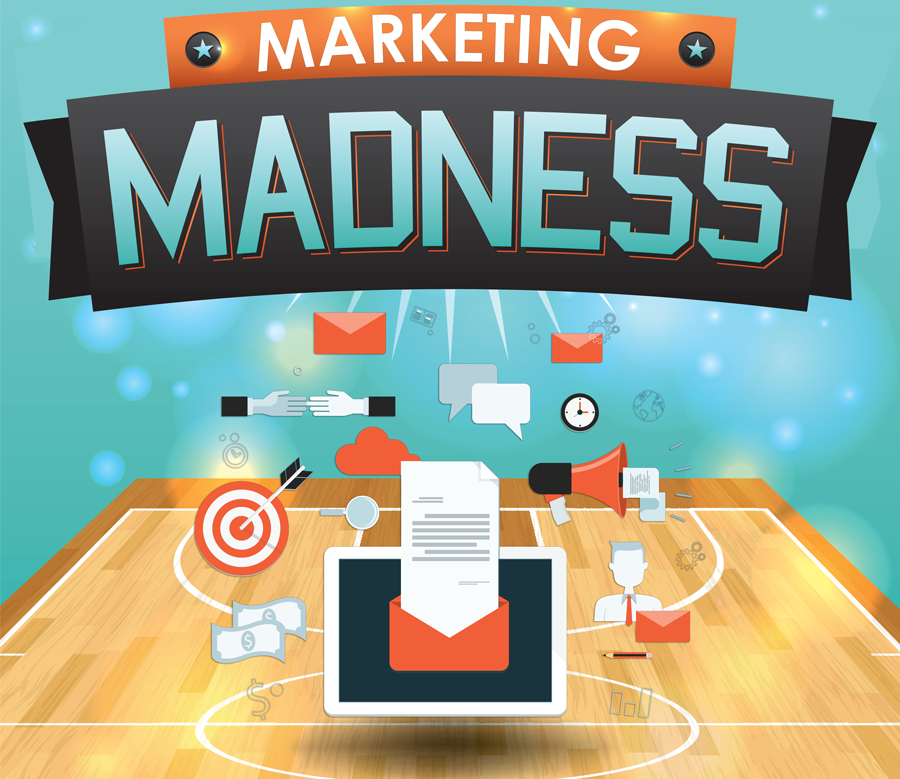